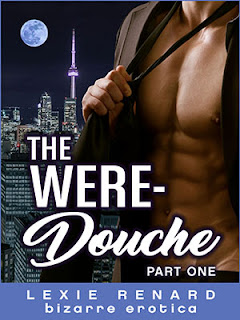 Is he schizophrenic, with a totally different personality that comes out during the full moon? Is he crazy? Or does the pull of the moon itself turn him into an alpha male, with a primal caveman mentality that women cannot resist? Whatever the reason, when the moon grows full, mild mannered Toronto computer programmer Eric seems to turn into a successful pick up artist... even though he’s a bit of a douche. But if he snaps his fingers and hot girls come running, what’s the harm? He has no luck with Amber the sweet waitress, but the next night in the moonlight she immediately gives in to every demand, eager to please him in every way. 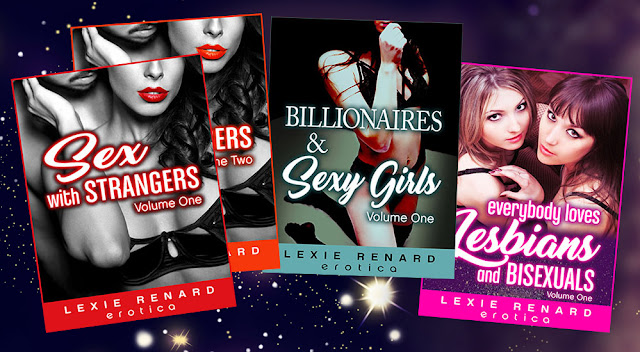 I've published several new paperbacks this week! If you're looking for a real, paper book to snuggle under the covers, they're just $8.99.

Also, they make great gifts - but you must order quickly if they're for the holidays. The print on demand format takes an extra week or so, and you don't want to risk things getting backlogged. Give the gift of steamy hot erotica this holiday season!

It's a fun idea for that person that's really tricky to get a gift for. We all have one of those.

Posted by Lexie Renard at 09:36 No comments:

Good Girl, Hot Professor : This shy University student will do anything for an A. 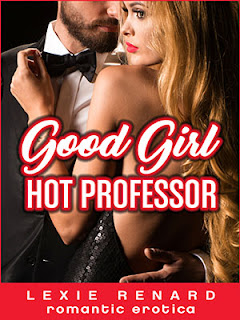 She’ll do anything for an A. Anything.
When Lisa fell behind in her second year of university due to an illness, she fought to catch up. But without an A+ from her strict but blazing hot history professor, her entire year would be shot, and her father won’t pay for her next term. She had always been completely dedicated to her schoolwork. How far will this naive, mousy young lady go to keep her grades intact? She can’t help but feel that commanding, intimidating Professor Renfield, her biggest crush, is interested in a lot more than her essay. But what will he really want from her, and will she be able to please him? Once she gets to his home, she finds that he wants her to be his good little girl, and his plaything.
18+, contains student-professor naughty times.
Posted by Lexie Renard at 12:49 No comments: 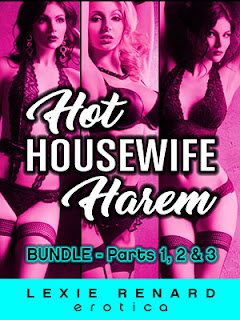 Bored rich housewives all gather at Heather’s on Tuesday and Thursday afternoons for their “book club”, “sewing circle” or whatever lie they tell their inattentive cheating husbands. They lounge, drink wine, gossip, have sex with each other, and the occasional boy toy they bring by. Whoever is having the worst week gets put in “the hot seat”.
Danielle isn’t sure what that even means, but she seems to instinctively obey whatever Heather and Tina say, even though she’s never been with a woman before.
This is what being a decadent rich sexy housewife is all about!
18+, hot group sex, F/F/F/F foursome, F/M/F/F foursome, and wine on a Tuesday afternoon.
Click “Look Inside” for a peek!
***
Posted by Lexie Renard at 16:11 No comments: 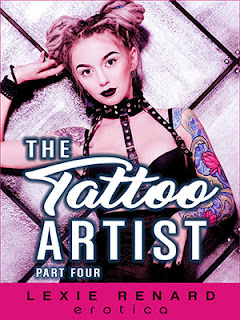 Mark’s “Master’s Rose” tattoo ink has turned several hot women into his sexual playthings, but they've also taken over his life and bought him a house, and started up his own tattoo business. Although he's been working harder, nearly everything is taken care of for him. All he has to do is keep these women happy, with both his artwork, and his other talents.
He cannot resist Marissa tied up for him like an offering, picking up a new tattoo client, and welcoming three of his gorgeous girlfriends into his new bedroom at once.
This fiery, sexy story is 18+ only. Click “Look Inside” for a peek.
***
This site's search function has been a bit glitchy lately, so please find the first three episodes here:
One: https://www.amazon.com/dp/B07H7WNQDJ/
Two: https://www.amazon.com/dp/B07HY6CWSL
Three: https://www.amazon.com/dp/B07JHFP3P9/

***
Please visit LexieRenard.com to join the email list for a free story, and check out other titles! 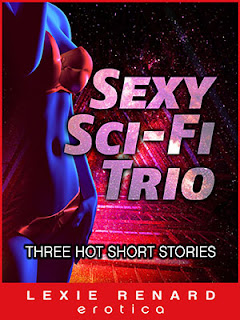 3 stories for price of 2

Posted by Lexie Renard at 12:52 No comments: 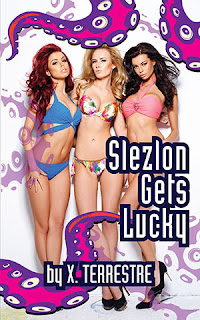 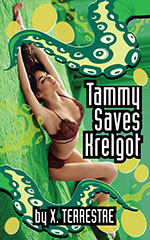 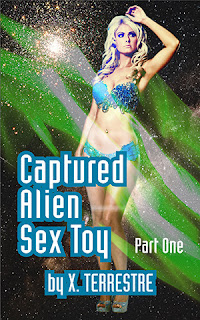 If you like tales of tentacles, alien abduction, ovipositors, sci fi fantasy, saving the galaxy, and strangely hot sex with unique creatures from other worlds, please check out my friend X. Terrestre. Everything is on KindleUnlimited, so subscribers can check it all out for free!

With titles like "Slezlon Gets Lucky", "Tammy Saves Krelgot", and the mega hot series "Captured Alien Sex Toy", there is a ton of sexy fun for everyone! 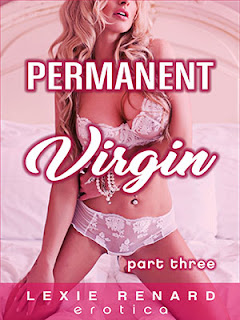 
What’s a scorching hot blonde to do when her hymen keeps growing back? Use it to her advantage!
Hanna teases her new sugar daddy Daniel by almost letting him in, but not completely. He adores her, spoils her, and treats her like a little princess, but she wants to be sure she has his heart and a secure place in his life before she gives up her virginity for the fourth time. 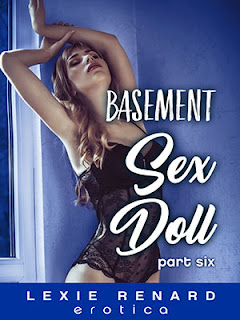 This series is getting hotter with every release!

New smoking hot doll Number Thirteen signs up to join FH Mansion - a gorgeous blonde who is actually a whip smart psychologist to be, who plays a bimbo to manipulate men, earn a fortune, and advance her career. The Mansion’s clients are thrilled to have such a beautiful new girl who will do anything to please them.
Carrie and Josh try to figure out how to have a relationship after meeting at the mansion, and having been intimate before they even knew each other’s names. He loves hearing stories about her time there, which she isn’t supposed to remember, so Carrie tells him about her first female lover, driving Josh absolutely crazy.
Features mind control, hypnosis, steamy scenes.

Check out the whole series:
https://www.amazon.com/dp/B07D7XZ99K

I led him back into the bedroom, and we immediately stripped and jumped under the sheet to snuggle. “Tell me another story from the mansion,” he begged.

I rolled my eyes, but secretly loved that he was so thrilled by my time as a hypnotized sex doll. “Aren’t you tired of those stories by now?”

“Never.” Josh wrapped his arms around me and pulled our bodies together so that as much skin as possible was touching. “I think it is incredibly cool that you were so sexually free, and brought joy to so many people.” His eyes lit up. “Plus I love hearing you talk about the dirty dates. Come on, story time.”

“Do you want me to tell you about the handsome guy on the sex swing?”

Josh laughed. “Nah, I was there for that one. Tell me something weird.”

I scanned the memories that should not have been available to me for something that I knew Josh would like. He seemed to love stories about strange power dynamics.

“Well, there was one time a guy wanted me hypnotized so that I couldn’t move. He would arrange my body in various positions, and all I could do was smile like an actual doll.”

Josh scrunched up his nose. “That’s a little wackass. C’mon. Something filthy.”

I grinned. I knew precisely what story he wanted to hear.

I rolled away from him a few inches and lifted the sheet, pretending that I was warm, but making sure I had a clear view of his dick. “You want to hear the story about my first date with a woman?”

It twitched, and started growing. I knew it.

“Sure,” he said, his voice a little tight as if he were trying to sound casual.

Josh’s cock was so hard that it looked uncomfortable. I began gently trailing my fingers along the shaft so lightly it was almost like tickling. He was looking deep into my eyes and concentrated on every word. “Go on,” he said softly.

“I was dressed up like a little teenage delinquent, with a ratty black dress, smudgy eyeliner, and a black leather jacket. I was drinking whiskey in what looked like a rock club when Alicia arrived.

“My pussy became dripping wet the second I saw her. That was part of the programming - I was to be obscenely wet and ready to come in seconds.”

Posted by Lexie Renard at 11:33 No comments: