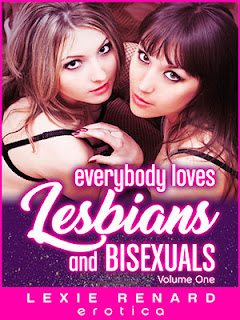 
Some ladies like playing with men, and other women.

1. Sharing my Lesbian Wife
Mia knows that her young wife Ashley loves being adored. Their dominant and submissive relationship is growing stronger, and Mia surprises Ashley by taking her to a private dungeon and handing her leash to others to use her any way they like. Being on display and used as a sensual plaything thrills Ashley beyond belief, especially since she hasn’t been with men in years, and the fact that there is an audience drives her crazy with lust.

2. Light Speed Lesbian Mistress - Sci Fi Bi Space Romance
Gorgeous and mysterious Mistress Diosa purchases Quinn to work as her mechanic, crew, and beautiful little sex slave. Quinn adores serving her hot captain, but things are strange out in the dark universe. Sacrifices must be made for the good of the ship.

4. Hot Housewife Harem - Part 1 - Lesbian Bisexual Menage
Bored rich housewives all gather at Heather’s on Tuesday and Thursday afternoons for their “book club”, “sewing circle” or whatever lie they tell their inattentive cheating husbands. They lounge, drink wine, gossip, have sex with each other, and the occasional boy toy they bring by. Danielle seems to instinctively obey whatever Heather and Tina say, even though she’s never been with a woman before.

5. The Crew's Bonus: Lesbian Captain’s Sex Pet is shared with her interstellar flight crew (Sci Fi Bi)
The Artemis Seven has Grace listed as “relief crew” - she is on board to relieve the entire crew of their "frustrations", and their aggression. Anyone with flight deck ranking can drop by her bunk for a special “ship bonus”, which rewards them for their increasingly dangerous missions. Captain Caroline Holley doesn’t just oversee the ship, she is Grace’s Mistress, and rewards or punishes her sweet little pet as she sees fit.
Posted by Lexie Renard at 07:58 No comments: 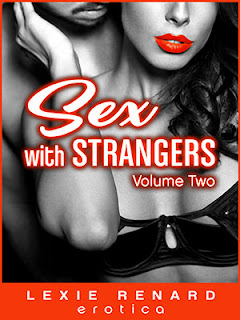 FIVE stories for LESS than the price of THREE?

Shush. I was told there would be no math!

***
It’s a racy fantasy, a sick little thrill - who wouldn’t want to fantasize about having sex with a total stranger?
In these five unusual stories, it’s happening hot and fast! 18+ only

1. Paradise Fantasies - Sex Club Secrets - Part 2
Dylan comes to the Paradise sex club to socialize and check out the sexy clientele, but will he stop being so shy when the gorgeous girl he’s been watching chats him up in the pool?
Steve and Alice aren’t quite swingers, but they’re figuring it out as they go. Tonight is her chance to do absolutely anything she wants, with anyone she desires.
Follow the series: https://www.amazon.com/gp/product/B07CVKG1NR

3. She Takes Requests: Mind Control / Hypnotized Club Goers have Public Sex for Rich Web Cam Voyeurs
I am a DJ, and so much more. I allow a select group of ridiculously wealthy people to choose patrons from the crowd at my club and watch them have sex via closed-circuit high-resolution video. They can direct what style of sex, the positions, and watch several different angles from the hundreds of hidden cameras. They are the director of their own naughty fantasy video, and I control it all.

4. Fertile Desert: Hoping Strangers will Save Her Family (Dystopian Fantasy)
I will find him - a healthy stranger who will knock me up and save my family’s tiny empire. All I have to do is sleep with every man I find out here in the desert who still has the energy to take me. Searching for three months is wearing me out, but it has to be productive eventually, and my family will take me back as soon as I’m pregnant. In the meantime, I beg strange men to try, and hope I can survive out here alone.

5. Nasty Angel: (Immoral carnal relations with a demon, paranormal sex)
Angelica tries so hard to be good, but she can’t truly feel alive unless she’s being wicked with a minion of hell. She cannot resist having carnal relations with demons - she feels deliciously sinful in their presence, and must be desecrated... hard. (In many different ways.) When she meets Chris, a demon who realizes what she really is, she might be in for more than she expected.
***
Please visit LexieRenard.com and join the email list for a free story, longer previews, freebie updates and to check out other titles!
Posted by Lexie Renard at 07:56 No comments: 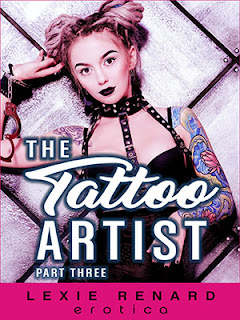 “I couldn’t wait to see all four of my new girlfriends pleasing me, and each other...”
Mark’s recipe for “Master’s Rose” tattoo ink locks in his mental commands. It’s a hit with the ladies, who not only love being his sensual playthings, but exploring each other’s delights. He learns more about all of his lovely ladies, like how gothy Marissa wants to be playfully handcuffed, Natalie loves women as much as men, wealthy Emily wants to give his life a makeover, and Joanne the glamorous model likes things dirtier than one would expect. Mark tried to give a shy client a bit of confidence with his mental suggestions, but now Clara wants him too. Can he handle five women?
This fiery, sexy story is 18+ only. Click “Look Inside” for a peek.

Posted by Lexie Renard at 12:25 No comments: 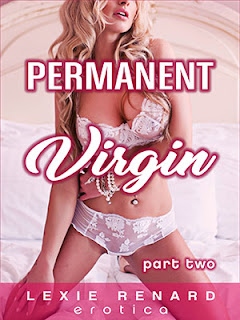 
What’s a scorching hot blonde to do when her hymen keeps growing back? Use it to her advantage!
When Hanna lets her sugar daddy Jacob take her second virginity, he gets possessive and generous, but still doesn't date her openly. She dumps him and finds Daniel - a striking, wealthy older man who spoils her and wants her to call him Daddy. But will giving him her cherry make him take her seriously, or should she wait a little longer?
18+ scorching sex scenes.
Posted by Lexie Renard at 11:14 No comments: 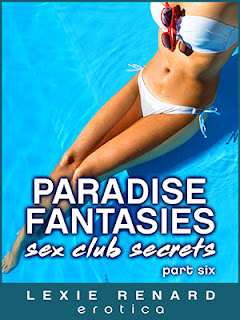 Drew and Natalie are still reeling from their encounter last week fulfilling Drew's fantasy, so they come to Paradise to try one of hers. She realizes that she's always wanted to be tied up, and Drew surprises her by adding a blindfold and ear plugs. With only her sense of touch, handcuffed and helpless. Natalie discovers how much she loves being in touch with her sensual side, even when she might be watched by strangers. Later in the pool, Drew persuades her to be more vocal, calling all of the shots.

Posted by Lexie Renard at 11:12 No comments: 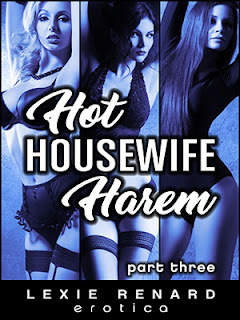 
Bored rich housewives all gather at Heather’s lavish house on Tuesday and Thursday afternoons for their “ladies chat”. They lounge, drink wine, gossip, and have sex with each other. Tina is having a horrible day, so Heather puts her in the "hot seat", where Danielle and Kim can melt her stresses away by stimulating her everywhere. Heather calls Danielle on a Saturday, which seems strange, but she needs help with a "project", which turns out to be Heather's husband Timothy.
18+ Fiery, scorching scenes. This book is intended for adults only.
Posted by Lexie Renard at 12:34 No comments: 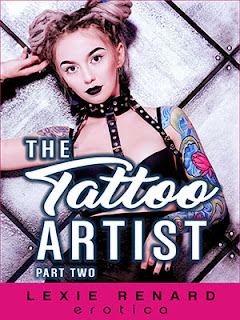 Mark’s recipe for “Master’s Rose” tattoo ink is a hit with the ladies, who not only love being his sensual playthings, but exploring each other’s delights. His mind control formula works extremely well on Natalie’s model friend Joanne, who is an unbelieveable knockout, and Marissa’s friend Emily who isn’t just sexy, she’s incredibly rich. How many women will Mark be able to handle?
This fiery, sexy story is 18+ only. Click “Look Inside” for a peek.
Posted by Lexie Renard at 10:56 No comments:

If you purchase your ebooks from Smashwords, here are two hot (filthy!) new titles to check out: 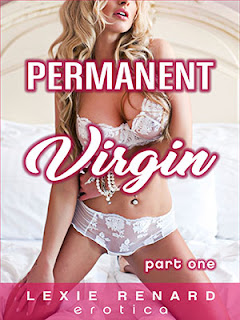 What’s a scorching hot blonde to do when her hymen keeps growing back? Use it to her advantage!

When Hanna finally has sex with her boyfriend, he seems to get extra excited at the thought of taking her virginity. But the second time feels just the same. Hanna has always used her stunning appearance to get ahead in life - if she gave her cherry to a sugar daddy, it could be quite valuable.
18+ smoking hot first time sex scenes. 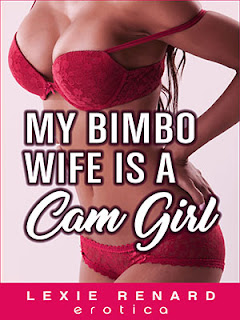 My Bimbo Wife is a Cam Girl

Want to hear about Beth getting double teamed by strangers? Take her punishment from the principal? Scream for Daddy while using her special toys? She just loves it when people are watching her, and can’t stop being filthy.

Posted by Lexie Renard at 10:54 No comments: